Scoring on the website is fairly “standard" in terms of the scoring seen in fantasy games for the sports which our website covers. We strive to maintain fair and balanced scoring methods. Please remember that all scoring is based off of actual statistical scoring which transpires during the sporting events. These statistics are provided to us by our data provider, we do not have the ability to manipulate statistics scored by any player in any event. 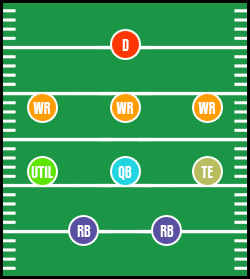 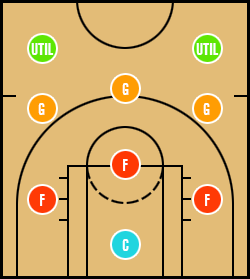 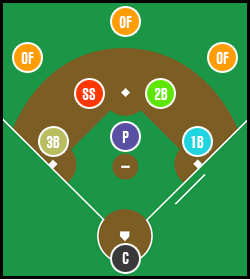 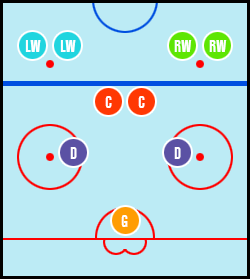 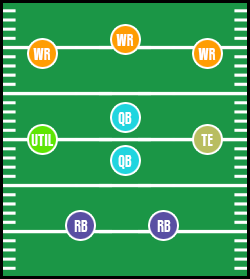 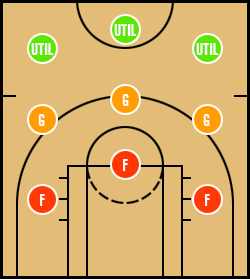 Lineup consists of 6 starting golfers and 3 bench golfers. Points are scored on golfers in starting lineup positions only. Swaps between players in the starting and bench positions can be made between rounds when both golfers had completed their previous round and not yet began there subsequent round. Points scored for placing will be applied to golfers in starting positions at contest completion.

You must 18 years of age or over and a resident of the USA or Canada to make a deposit or play in any contest or game which is found on this website. Residents of Arizona, Iowa, Louisiana, Montana, Nevada, Vermont and the Province of Quebec are forbidden from playing on this website. More eligibility information is listed in our website terms.

Players on this website are only allowed to play with one account. In special cases, we may consider the creation of a second account however explicit written permission from the website operator is required. We utilizes proprietary tracking measures to ensure fairness in all games run within it's website. The creation of multiple accounts is forbidden as stated. Penalties are at the discretion of the website, but may include closure of all accounts and withholding of any cash that we determine to have been fraudulently obtained. Please see our website terms for more information.

Some matches may allow for "multi-entries" meaning more than one entry into the contest by the same user is allowed, but this should not be confused with utilizing multiple accounts which is strictly prohibited. We cross-check multi-account use by closely monitoring logged in sessions, IP data, payment data, and other methods to ensure our website is not abused by cheating via multiple accounts.

In the event a matchup is unfulfilled in regards to the number of participants, we will often attempt to automatically re-assign players to another contest so that they can correctly be filled. Our goal is to make sure you have an enjoyable user experience, have as few expired matches as possible, and never “join" something you did not intend to. We do this by matching players up only with games with the same gameplay, difficulty, and buy-in value.

Some games have different “total participant" restrictions for unfilled contest matching. In the event a contest expires without the member being matched to another contest, then a full refund of any entry fee is immediately issued to the account with all entries associated with the joining voided.

Cancelling a game is not always a guaranteed action. We have taken many measures to help ensure that your sign up for a match is clearly understood and validated for verification that you wish to participate. With that said, if you have mistakenly joined a match and need to cancel an entry, you can request a cancellation by submitting a support ticket. Details on the matchup you are wishing to cancel yourself from should be specified in the support ticket. Again, not all entries are cancelled. This is handled on a case by case basis with time sensitivity.

Please Note: Not all of the gameplays listed below may be on the website.

Rules for how postponed games are treated in contests vary depending on the sport and contest type.

NFL- In the event a game is postponed and then rescheduled to be played during the same week, we will make an attempt to retain that game in order to prevent "zero scoring" for athletes. This means that all contests will remain open and show as "live" until the conclusion of the game at the newly rescheduled time. In the event the game is rescheduled to a date further out than the current week, all users will be awarded zero points for any athletes they had in that event, and the event will be finalized automatically no later than Tuesday at 2AM (after Monday Night Football the prior night and prior to the new slate of games coming available for gameplay).

In some situations, the athletes that are selected by users for the event may show as being "locked" and unavailable for late-swap upon their originally scheduled time being met. Therefore, players not wanting to utilize athletes on these teams should make roster update decisions prior to the original event time and date. Additionally, should the NFL announce a schedule change to an event too close to the original start time, the event may lock, resulting in all athletes having zeros logged for scoring, with the new event not being an event able to be included.

NBA, NHL, NCAA football, NCAA basketball- the website will automatically keep the contest open until it is officially flagged by Sports Direct Inc as a "postponed" game. This will lead to games appearing to still be "live" despite there being no activity due to a delay or postponement. Upon the game being officially marked as postponed the event is then closed and all scoring for all users is finalized. Players of the postponed event(s) are awarded zero points and the contest is considered complete. In the event we do not receive a postponed status, the contest will automatically close out roughly 30 hours after the postponed event's originally scheduled start time.

MLB- all contests will close "as-is" once marked postponed by our stats provider, exactly as described above with a maximum close time being 8 hours after the postponed event's originally scheduled start time in the event we do not receive an official postponement or suspension notice.

If a game is rained out before play begins, it is rescheduled for a later date. If it has already begun and rain falls, several scenarios are used to determine the need to resume play: (all sports) - postponed games which are re-scheduled to take place on a different day will be eligible for gameplay on those specific dates and will have absolutely no link to the original event ID / contest they may have been associated with. See double-headers for more information which is specific to MLB.

In the event of a tie score between multiple players, we will not break ties, and instead will split prizes appropriately.

Players being traded may impact contests that have already been created with the players on their old teams. Player team listings on the website are updated once per day (overnight). Note that because contests are created as much as five or six days in advance, traded players may not be available in contests which include a game involving their new team, but not their old team. Also note that in some instances a player you selected may no longer be available in a contest which includes their old team, but not their new team. In that case, you'll need to select a replacement or be credited with zero points for the player.

Note that on the day a player is traded, they may still be listed for their old team in the draft screen. If they are traded to another team which is part of the same contest in which you choose them, you will still receive points for their performance. These points may not be reflected accurately during live scoring, but will count at contest settlement time. Also note that contest settlement may be delayed in order to ensure accuracy.

Most importantly, please note that in very rare cases a player is traded early enough in the day that they are able to play for their new team. If they are traded from a team with a late game to a team with an early game, you may be able to select them in late contests, already knowing how they performed that day. In this situation, you will receive zero points for their performance.

Only one game of a doubleheader will count for scoring. Players will only score points for the game which starts at the time listed in the contest details. This will typically (but not always) be the game at the originally scheduled time. Double header and player eligibility is directly linked to the time-period in which the initial game is selected for.

We try to settle contests and run payments as quickly as possible, but must ensure we do so accurately. Most contests are settled shortly after the last game finishes. However, to settle we have to wait until all the player statistics have been reported by Sports Direct Inc (our third party stats provider). This lets us ensure that the final box scores are complete. In most cases the box-score data in which the website replies on is finalized 30-45 minutes upon a game concluding. At times this may run over, as much as a full additional day being required, thus not settling matches and payments until the box score data is finalized.

During the games covered by the website we receive scoring from Sports Direct Inc (our third party stats provider). After the game has ended they pass us a final box score for the game. After we receive and confirm the box scores for all the day's games we then settle all entries. However, very rarely, the leagues and stats provider revise the box scores after the final box score has been released. In the event of this occurring the player scores on the website will not be updated and the settlements will not be revised. Note that this is not the same situation as a case where a correction needs to be made after settlement due to a problem with the data feed or the settlement process. In these cases the settlement process (including payment) may be reversed and games resettled correctly.

All of our salary cap games feature the following rules/limits: